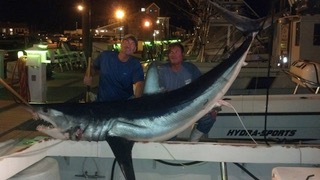 Boston shark fishing tends to heat up during the month of July, but is best once the water temperatures have risen to their summer heights in late July through the month of September.Shark fishing is typically very consistent with large Blue Sharks the most common.  Blue Sharks are typically photographed and released unharmed.  They put up a fantastic fight and are impressive to say the least.  The other shark species that we encounter are Mako, Porbeagle and  Threshers, all of which are very good to eat. Mako sharks are one of the toughest fish in the sea, and are known to leap upwards of 20 feet into the air when hooked.  A new world record male Mako shark was caught on Stellwagen Bank last season, and the trend shows that Mako sharks are becoming more plentiful every year in our area.  Whenever we go offshore to fish for sharks, we typically set up in areas that hold cod and haddock, and will fish for them while shark fishing. 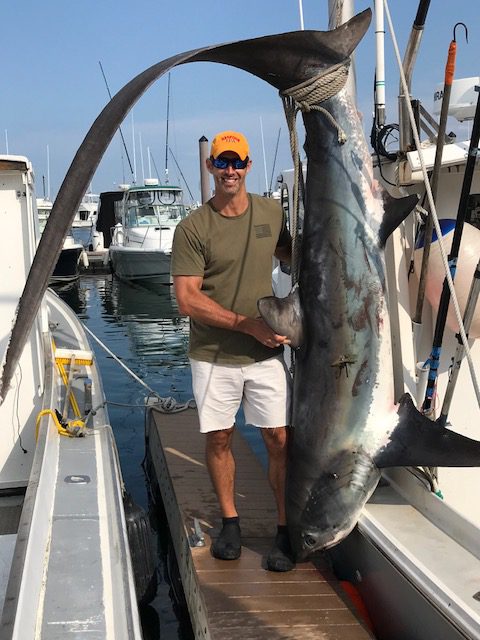 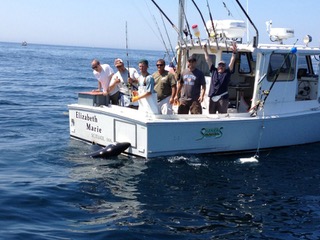 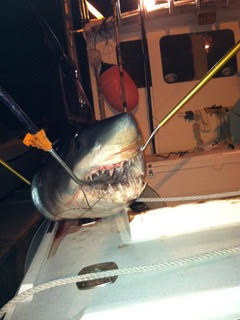 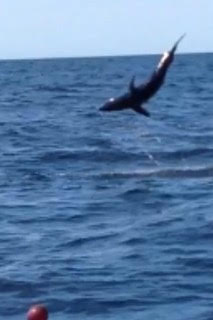 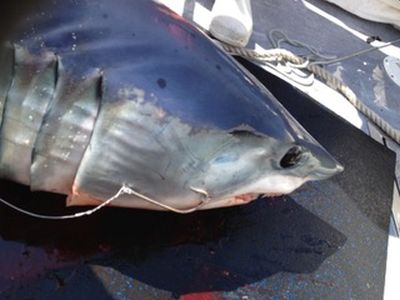